Faizah Bahira
Minggu, 09 Februari 2020
Facebook Twitter
With the growing development of the internet, the web developer profession has also developed into one of the professions that has bright prospects. For those of you who have an interest in becoming a web developer, I will share a number of things and technologies that need to be learned in order to become a highly skilled web developer. 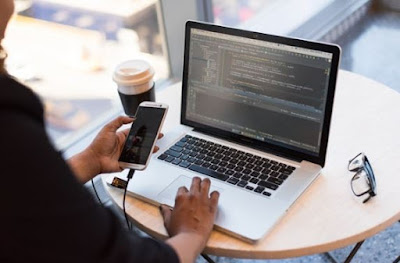 
1. Understand the concept of HTTP

One of the fundamental components in the web world is Hyper Text Transfer Protocol (HTTP). Understand what processes occur on the server or client side. when we are opening a web page.

Hyper Text Markup Language (HTML) is a language used to shape the appearance of a web. And by using Cascading Style Sheets (CSS), we can format these views more easily and certainly better.

Server Side Programming is the most important part of dynamic web programming. In this section, there are many programming language choices you can learn. Starting from languages ​​that have long been circulating like Perl, Ruby, PHP, JSP, and Python to languages ​​like NodeJS, Haskell, Scala, and Go. Currently PHP is still the most popular language because it is easy to learn and implement as well as many references and communities around PHP that are available on the internet.

Dynamic web will not be complete if it does not use Database Management System (DBMS) as a means of data storage. Database on many web applications, such as storing user data, articles, sales transactions, and others according to the type of web application being developed.
Popular database programs that you can learn include MySQL, PostgreSQL and MariaDB which are Open Source or Oracle and Microsoft SQL Server which are paid applications.

Web server is also an important component. Without a web server, web applications that you create will not work. Popular web servers that are widely used include Apache and Nginx. Learn the basic configuration of a web server to support your skills as a web developer. The benefits of mastering the basic configuration include that you can make your website link more SEO (Seach Engine Optimization) Friendly.

Learn web hacking tricks such as SQL Injection and Cross Site Scripting (XSS). Why is it necessary? By understanding this, we can prevent hacker attacks on our website instead.

Mastering the things above well will provide a useful starting stock for you to be able to build a website well.