Faizah Bahira
Sabtu, 15 Februari 2020
Facebook Twitter
Before entering into the topic of the discussion, I will explain briefly about the great opportunities in the IT world, especially in the field of Android-based mobile.
Why do I speak that way when friends pay attention, lately the use of smartphones in Indonesia is growing very rapidly. Based on the 2017 Internet Retailing Expo (IRX) organizer report. The use of smartphones reached 100 million users in Indonesia in 2017, this makes Indonesia ranked in the top 5 countries, with the most smartphone users in the last 3 years.
Amazing is not it? 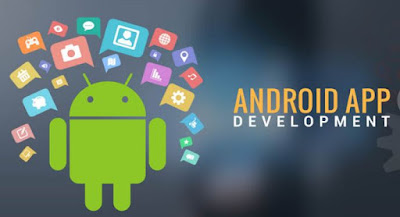 Using Smartphone makes it easy for us to carry out all activities, for example in the field of service and ordering of services or others other than the hardware function. Software or applications play an important role in the use of smartphones, so what are you waiting for?
Want to Become a Good Android Developer? The following is :

This knowledge is very important, friends because the Java language is considered as the basic programming language for Android application development. If you have never learned Java but suddenly you are coding you will certainly experience difficulties, concepts such as Class, Package, access modifier (public / private / protected) and other concepts you must learn first. XML is a markup language that is widely used for various purposes. XML is used in Webservice, Configuration, Layout and various other purposes in the programming world. XML is actually not difficult to learn, all you need to understand is the basic rules and how to write XML and how to read it, master these two things.

2. Selection of Tools to Be Used

3. Selection of the Latest Android Library

Some people like to work alone, but it would be better to work together because a number of aspects can be done simultaneously, how not if friends have a team that can cover each other's shortcomings, of course it will be more effective and in accordance with the targets that your friends will achieve.
Facebook Twitter